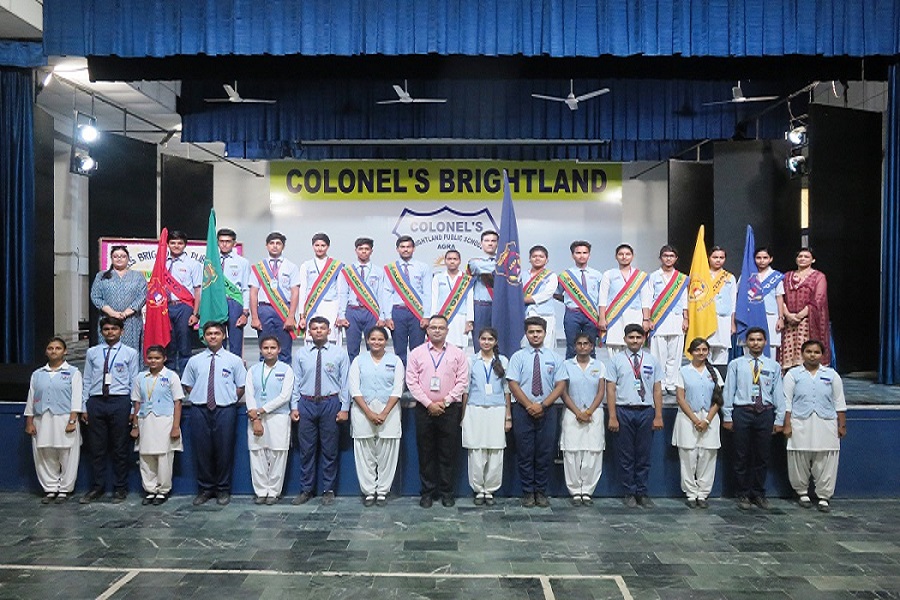 "Great ability developes and reveals itself increasingly with every new Assignment': - Baltasar Gracian


The School owns a fleet of buses plying on all major routes in the area. The buses are reasonably comfortable even for small children. At mercury, it's always a calculated and methodical experience which is ultimately nurtured under the worthy tutelage of our experienced house members.

We not only actively took part in co-curricular activities and sports but also brought accolades and laurels for our house.

We are no less in graphic designing and in the world of science. The master compute brains of our members won the 1St prize in Inter-House PowerPoint Presentation. We made Science Exhibition a great success by our participation. The paradise of flowers created by our members in the Inter-House Flower and Vegetable Arrangement made us won consolation prize. We proved that we are no less in the talent of Cooking without Fire and won 1st` position in it. Our tiny tots also showcased their talents and skills by participating in various cultural and literary activities. In the sports' arena, we excelled in many competitions and gave stiff challenges to other houses in various Inter-House Championships. The members of our house hold the distinction of making us proud winners of Inter-House Kho-Kho Championship, girls (Junior category), Inter -House Chess (Junior and Senior category), Inter - House Cross Country (Girls) and Inter-House Badminton (Girls). The team spirit of our girls made us won the Inter - House Relay Race too.

We Mercurians always walk with a progressive mind, learn from our mistakes, improvise according to the situation and buckle up for the next challenge that awaits us. 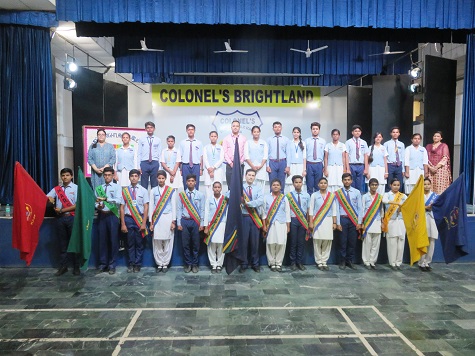 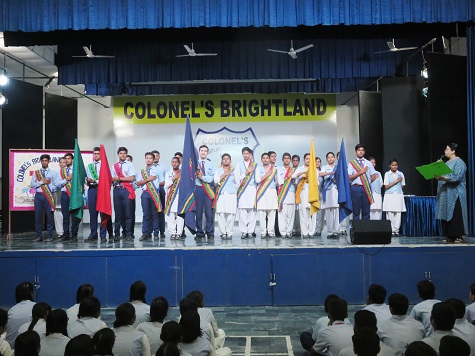 "If you have a dream, don't just sit there. Gather courage to believe that you can succeed and leave no stone unturned to make it a reality. - Dr. Roopleen "


We, the members of Venus House believe in having the seed of courage to do hard work and enjoy the fruits of success. With the motto of valor, hard work and determination, we loaded our bags with numerous trophies and certificates.

We were given tough competition by other houses. In spite of all odds; we managed to the show all our skills in cultural and literary activities and sports.

Our little blooming buds also did wonder in cultural, literary and sports activities. Our members were competent in sports as well. We bagged trophies for Inter-House Kho-Kho (Girls of Senior Category), Volleyball (Junior and Senior Categories), Cross Country (Boys), Badminton (Boys as well AN Girls Categories) and Boxing (Boys). Many members of the house brought laurels to the school while participating in various Inter- School Competitions and grabbed many gold medals in Moon Olympics and APSA events. We vow to bring more laurels to Venus House in the coming years.

"To accomplish great things, we must not only act, but also dream; not only plan, but also believe." - Anatole France


The members of the Mars House dream, plan, believe and finally accomplish great treasures. Dedication, discipline and diligence are the motto of our house and we walk on the same path to acquire success.

Mars House boasts of its good writers also. We bagged the second prize in an Inter-School Essay Competition (English) which was organized in Holy Public School by the Income Tax Department. The mind blowing learned of our house took Science Exhibition to the grand Success. The innovative ideas, creative structures, oratory skills, swirls and melody were also sparked when the toddlers glittered their talents on the stage.

Martians excelled in sports too. Many toddlers won prizes in fun races. The gems of Mars won the trophies for Inter-House Badminton (Boys), Inter-House Football (Boys) and Inter-House Table Tennis. We also got medals and certificates for winning in Inter-House Relay Race (Boys). The team spirit of our house could be witnessed in Tug-O-War and we won the 1st position for the same. Martians also proved their unity and disciplined rhythmic movements in March Past, which made them won the 1st prize. The hard work with sincere efforts by our members were showcased in the victory by bagging up the Champion Trophy of the year 2017-2018.

We, the Martians have many more dreams to achieve. Together, as a team we pledge to walk together under the guidance of our House Mistress and House master. 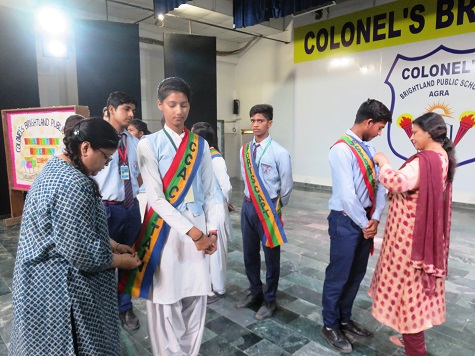 "Be aware of your own worth, use all of your power to achieve it. Create an ocean from a dew drop. Do not beg for light from the moon, obtain it from the spark within you." - Allama lqbal

We ignite a spark which turns into a ball of fire. Maintaining the legacy of pride and honor, following the rituals of courage, compassion and championship; we walk ahead with our head high. armored with skills and talents ready to touch the infinite sky.

The intelligence and knowledge of our members was tested and they proved themselves. The brain teasers of our house won the trophy of Inter-House Quiz Contest. And even they showed their brilliance in Science Exhibition. The fragrance and aroma of their talent were experienced when they got 1st position in Inter-House Flower Arrangement as well as in Vegetable Arrangement.

We were honored when Jupterians bagged prizes in Inter-School 'Dr. A P J Kalam Children's Creative and Innovations Day' in the category of creative writing competition. We also won many prizes in different events of sports like Inter-House Volleyball (Girls in Senior Category), Inter-House Taekwondo (Boys) and Inter-House Cross Country (Runner Up).